Tour to Trunyan is one of the events on the island of Bali vacation that very enjoyable for you to live together with people nearby. Trunyan is an ancient village situated on the shores of Lake Batur, Kintamani, Bangli regency. Community life is a mirror of society and the unique village is a small community of people is namely the Bali Aga, in the mountains far from the influence of the urban community and the immigrants from the outer islands especially foreign tourists.

Culture is the Trunyan reflect cultural mindset that conservative small farmers and still valid today for some sides of their life such as agriculture and plantation systems, as well as farmers fish farms located in coastal lakes and religious life clinging to the customs of the village local starts when the sun rises at the foot of Mount Batur. Based on the legendary folklore since antiquity in the island, is a group of community residents Trunyan Bali Aga who perceive themselves and their identity in two versions, the first version, the Trunyan are people from ethnic Chinese communities derivative Balinese believe in their ancestors from the sky and down to earth Trunyan to provide a good life stems from a very beautiful place, located at the foot of Mount Batur, Kintamani. Related to this version, in homes each person Trunyan has a shrine to honor the ancestors who believed was a goddess of the sky. The second version, people have a habit Trunyan unique in their ecological systems in their own communities that believe in things unseen, which originated from the tree of Taru Menyan (such as sandalwood trees) on the home page each population, the trees in the morning or evening spread smell so fragrant. From the name of this tree sparked the idea of giving a name to a very peaceful village, located on the coast of Lake Batur Kintamani is known as the village of Trunyan. 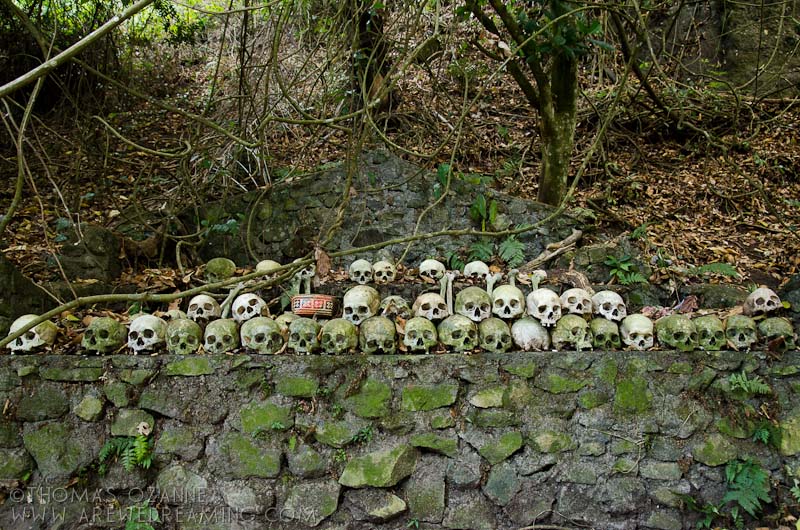 Trunyan to tour, you can travel by rent car, located adjacent to the eastern mouth of the lake Batur, the village is very remote from the main village is situated on the edge of the highway Kintamani. The journey starts from Denpasar city heading east until Penelokan, then arrived at the village Kedisan. From Kedisan you can continue the journey to Trunyan and rent a boat to cross the lake Batur traditional for approximately 2 hours or 45 minutes by motorboat.

If you are concerned by water, Trunyan can be reached by road although a bit far, the trail passes through a small village such as village Buah and Abang village, in the dry season is known as the lined village of quiet village without occupants for too long drought environmental causes in the village that became barren and unfit for human habitation. While touring to Trunyan, you will be treated to a very different atmosphere than the village earlier, eve Trunyan air is very cool, the average temperature about 17 degrees celsius and in winter can drop to 12 degrees celsius as much influenced by the winds of the lake shelf which has a length of 9 km and a width of 5 km, is one of the biggest sources of water, the cleanest and the source of agrarian life for the Balinese people south and east.

Uniqueness Trunyan attractions, as well as natural scenery is breathtaking, there is also a tradition of the people of Bali Aga is still strongly influenced by the teachings of ancient Hindu religion in this village which is about the funeral of those people who have died, in Trunyan there are 3 main cemetery namely : sema wayah reserved for funerals types mepasah (corpse that just laid on the ground), sema bantas reserved for the burial of dead bodies buried in the ground, and sema nguda is grave that is destined for the second type of funeral or burial is mepasah with special requirements to be buried in the ground as people who have died because they have not reached the final turning / has not grown up.

For you who like adventure, this place is perfect for doing the tour in order to holiday island of Bali, keep the condition of the body in order to stay fit while traveling started toward the village.